Like most types of Persian rugs, Kashan rugs also derive their name from the city of their origin- Kashan. Weaving of these rugs has been traced back to the 17th century and some smaller silk designs have been thought to date back even further to the early 16th century.

Kashan rugs are known for their exquisite beauty and are cherished by rug collectors all over the world. This rug guide will help you make a more informed decision if you are looking to own one of these fabulous pieces.

Where are Kashan Rugs Made?

One of the oldest cities in Iran, Kashan is located in the center and surrounded on all sides by the desert. The mountains to the west provide just enough water for survival but not much more, with the result that the wool was stiffer and harsher and not good for weaving rugs.

The early Kashan rugs were made with merino wool, which was imported from Manchester and was softer and finer than the wool locally available. Later rugs used wool sourced from Sabzevar, a region in Iran that produces some of the highest quality wool.

Kashan rugs have a rich history that goes way back to the 17th century during the Safavid era. There are some records of smaller silk creations dating even earlier to sometime in the early 16th century.

Kashan was a popular holiday retreat for the rulers of the Safavid dynasty. As such, the city offered the best of everything to its honored guests, from luxurious holiday homes to spectacular architecture. Even the rugs were made keeping in mind the status of the guests. Not surprisingly, Kashan rugs are some of the most majestic of all Persian rugs. Some of the rugs woven during that time are world-famous.

Weavers have maintained the high quality in their materials, dyes, patterns, and knotting style through the centuries. When you buy a Kashan rug, you know you are buying a piece of history.

How To Spot A Kashan Rug

Not only will a Kashan rug instantly uplift the look of any room, it makes a great conversation starter too.

One easy way to spot a Kashan rug is to turn it over and check the knots on the underside. Weavers use the Senneh asymmetrical knot to create Kashan rugs. This sets them apart from most other Persian rugs, which usually have symmetrical knots.

The medallion-and-corner pattern and the use of deep, rich color combination of blues, reds and ivory are other distinctive features of Kashan rugs.

You should check the weaving technique and materials used, the colors of the rug, and the motifs and medallions that adorn the rug. We discuss each of these factors below: The
Weaving Technique

A classic Kashan rug is woven using the asymmetric Farsi knot. The first thing you need to do when examining one of these pieces is to turn it over and take a look at the back. If the knots are asymmetrical, that is one of the indications that what you are looking at is a Kashan.

Original Kashan rugs have a cotton base and a 100% wool pile. The pile is typically clipped short to showcase the intricacies of the design work. Because these rugs are hand knotted, it is not unusual to find these rugs in varying qualities.

However, there are a few variations, with some weavers using silk highlights in the pile. A few weavers also used all silk materials in creating their rugs but these are very rare. 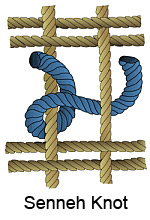 Kashan rugs are woven on a special type of loom known as a ‘dar’. Weavers make each knot using the Farsi or Persian knot technique, which is an asymmetrical style of weaving the warp and weft threads with two weft threads located between rows of knots.

Kashan rug weavers have mastered this style and use it skillfully and with great care, resulting in rugs with an exceptional delicacy and finish. A look at the knots at the back of the rug can give you some insight into the great care taking in creating each knot.

Kashan rugs are some of the finest quality Persian rugs you can find. The materials and designs of these rugs has continued to reflect their origins when they were created especially for the rulers of the Safavid dynasty who expected nothing but the best.

Texture and Speciality of Kashan

The combination of materials that the weaver used influenced the texture of the finished product. Kashan rugs are soft to the touch despite the tight weave. This speaks highly of the weavers’ skill in achieving softness without sacrificing durability in their creation. Using vegetable dyes also contributed to the unique texture of these rugs.

Weavers used various combinations of cotton, wool and silk in their creations. One of the most common combinations you can find in Kashan rugs is a cotton base covered in a soft wool pile. Some weavers gave their creations a subtle royal touch by weaving silk highlights in the pile. This small addition made a huge difference to the look, feel and value of the finished rug.

Regardless of whether the rug is made of cotton, wool or silk, the one thing remains constant with Kashan rugs is that only the highest quality materials are used. Merino wool imported from the UK was the material of choice in the earlier Kashan rugs because the weavers could not find the same quality wool in Persia. This trend changed when weavers discovered excellent quality wool produced in the Iranian town of Sabzevar.

Kashan rugs are instantly recognizable by their distinctive ‘medallion-and-corner’ patterns. This design is inspired by the elaborate patterns found in traditional Persian Ornamentation.

The diamond shaped medallion patterns are woven amidst an equally elaborate garden-like background called the Shah Abbas field. Named after the Mughal ruler who contributed significantly to the popularity of Persian textile art in the 17th century, the Shash Abbas field consists of a series of continuous curvilinear flower forms.

There are several variations to the basic design.

The medallion-and-corner pattern consists of a central medallion surrounded by a colorful field made up of intertwined flowers and foliage. The flowers and foliage included a variety of forms. They were depicted as a mix of individual flower stems, blossoms, rosettes and palmettos interspersed with curvilinear vines, sprays, and arabesques.

These are all densely designed around the central medallion. This arrangement along with the colors used are what give Kashan rugs their famed majestic look.

Deep, rich red and navy blue with ivory contrasts were the main colors used in earlier Kashan rugs, with the field generally featuring red surrounded by blue borders. There were of course, several variations of this arrangement resulting in a dazzling array of Kashan rugs. Ivory is the main color used to offset the dark red and blue hues.

Sometime during the 1970s, weavers started to favor pastel colors in their creations, with fields in soft blues, greens and greys and wefts in indigo, blue and red. This trend stayed on till the late 1980s when weavers started using the traditional deep red and navy blue again.

No matter what colors the weavers used in their creations, the one thing remained consistent was that the dyes were always extracted from natural sources.

How To Extend The Life Of Your Kashan Rug

With its intricate design work, high quality wool and exquisite workmanship, owning a Kashan rug is like owning a piece of art and like all pieces of art, it needs to be maintained so retain its quality and its good looks.

With proper care you can expect to hand your Kashan rug over to the next generation in the same condition that you bought it.