Skip to content
What Makes Afghan Rugs Unique And Worth Buying 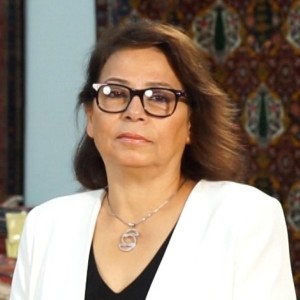 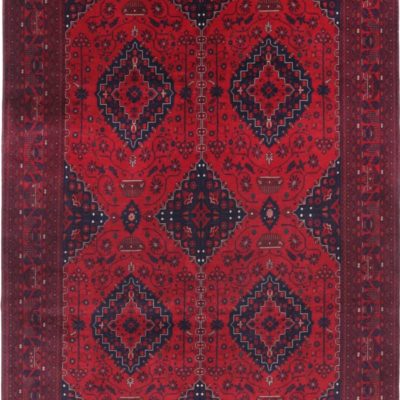 Afghan rugs are different from most other types of Oriental rugs in almost every way. This is mainly because of Afghanistan’s geographical location and its rich history.

Located between Europe, Asia and the Middle East, Afghanistan’s cultural heritage has been influenced by travelers from all of these regions. That can be seen in almost every aspect of Afghan culture, including the rugs that are created here. Most Afghan rugs are influenced by Kazak and Turkmen and Mahal designs.

Unfortunately, Afghan history has been riddled by wars and conflict over the years. This impacted the lifestyle of the Afghan people and reflected in the designs of their rugs. Over time however, the typical rug patterns such as geometric motifs and floral sprays began to be replaced by images of war, arms, and ammunition.

Afghan rug weavers are dedicated to their craft, working steadily on their rugs, making one knot at a time. Sometimes, as many as 5 weavers would work on one rug at the same time till it was complete. The time spent weaving each rug depends on the size of the rug. Some took as long as 7 months to complete. The skill and commitment of the weavers shows through in the perfectly crafted Afghan rugs, which have earned a reputation for their high quality and durability.

There are more than 50 different types of Afghan rugs, each originating from a different area. Rugs from each area are distinct in terms of color and images.

How Are Afghan Rugs Made

Afghan rugs are made using traditional techniques that have been passed down through hundreds of years from one generation to the next.

The weaver starts by shearing the wool from their flock of sheep. The wool is usually of high quality because of the perfect grazing environments that the sheep enjoy in the northern Afghanistan region.

The weaver then washes and brushes the wool before hand-spinning it into balls of yarn. The balls of yarn are then dyed and kept to dry. They are now ready to use.

Afghan rug weavers work on their creations either on the floor or using a standing loom. They work tirelessly on their rug, creating one knot at a time, until it is complete.

The completed rug is trimmed, washed, and hung out to dry. Lastly, when the rug is completely dry, the pile is brushed lightly to give it a finished look and bring out the colors of the rug.

How To Spot An Afghan Rug

Here are three other tests you can perform to spot an Afghan rug:

• Using the open palm of your hands, rub the surface of the rug vigorously. If no wool fibers stick to the palm of your hands, it is very likely a quality Afghan rug.
• Turn the rug over and take a look at the underside. An uneven surface indicates that the rug is a hand-made Afghan rug. The higher the knot count, the higher the quality of the rug. If the surface is smooth and even, it is a machine made replica of an Afghan rug.
• The geometric motifs in deep colors of red, blue and black are another outstanding feature of Afghan rugs, which makes it easy to distinguish them from other types of rugs.

All Afghan rugs are made of 100% wool. Afghan rug weavers do not substitute wool for any other material. The wool used is soft, oily, and of the highest quality, which gives the finished rug a plush, natural look and feel.

Another aspect that Afghan rug weavers do not compromise on is the type of dyes used in their creations. Only natural dyes are used to color these rugs. All colors used have deep, dark tones. Deep red, blue, black and brown are among the most prominent colors used in these rugs.

These natural dyes retain their deep, bright hues over the years. You can find Afghan rugs that are decades old that have still retained their original coloration.

A much-desired quality of Afghan rugs is their thick pile, which gives the rugs a lush look and provide much comfort and warmth under foot. The pile of Afghan rugs is much thicker than that of rugs woven in Pakistan and other Oriental regions.

Design And Motifs Of Afghan Rugs

The designs of Afghan rugs and motifs are mainly big, bold, and geometric in nature with little or no floral or delicate elements.

What Are Khal Mohammadi Rugs

Khal Mohammadi rugs are among the most renowned of all Afghan rugs. They are much sought after by rug lovers who appreciate the skilled weaving techniques, high quality materials, bright colors, and outstanding designs of these rugs.

Khal Mohammadi, a master rug producer and dyer from Northern Afghanistan, is credited with producing these iconic rugs. While the designs and colors may vary, all Khal Mohammadi rugs share the same basic characteristics in terms of materials used, weaving technique, color palettes and types of motifs.

These rugs were initially manufactured in Afghanistan, today they are handwoven by skilled Turkoman weavers in Kunduz, a town located towards the north of Afghanistan.

All Khal Mohammadi rugs are known for their superior quality and texture, which is the result of the weavers’ commitment to maintaining the high standards of their mentor.

All rugs are made of 100% wool. The wool and dyes used in making these rugs are of the highest quality. This is evident in the soft, luxurious texture of the finished product.

Despite their soft look, these rugs are very sturdy, durable, and can handle a fair amount of wear and tear.

Afghan weaving has seen a lot of changes over the years. Through it all the weaving technique used in Khal Mohammadi rugs has continued to be considered the very best.

The complex technique used to create these rugs produces outstanding results and the short piles helps the intricate designs and colors to stand out beautifully against the background.

Khal Mohammadi rugs are available in a wide assortment of design, patterns and colors. The colors and designs used result in lovely rugs that give out warm, comfortable, and homely vibes.

These rugs use a very distinctive shade of red was developed by the mater weaver himself. Deep red, dark blue and black are generally used to highlight the detailing and cause it to stand out. This gives the overall rug a very attractive, eye-catching look.

With a wide array of colors, designs, and overall styles, you’re sure to be able to find a Khal Mohammadi that will suit your existing décor.

Khal Mohammadi rugs are mostly available in a range of small to medium sizes such as 3 x 5 ft., 4 x 6 ft., 8 x 11 ft. You can also find them in large sizes though these quite rare.

With their awesome designs and colors and the many sizes available, Khal Mohammadi rugs are a versatile addition to any interior.